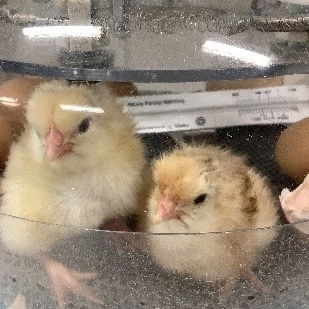 This term Rooms T1, T2, G1 and G2 have been lucky enough to have Henny Penny Chickens deliver 4 chicks and 12 eggs to our school. Over 2 weeks we watched the chicks hatch, grow, and begin to change into adult chickens.

The students kept a daily diary to record their observations and thoughts. At the end of the 2 weeks, some of the students engaged in the STEM design process, which involved designing and making their own chicken coop. Students listened to peer feedback and made modifications to their initial ideas.

Here is what we learnt...

‘When the chicks hatched, they were breathing really fast and were very tired”- Isabel G2

We had 2 different breeds of chicks. The Lohmans were brown and the Leghorns were yellow as chicks and they will turn white” – Ashleigh T1 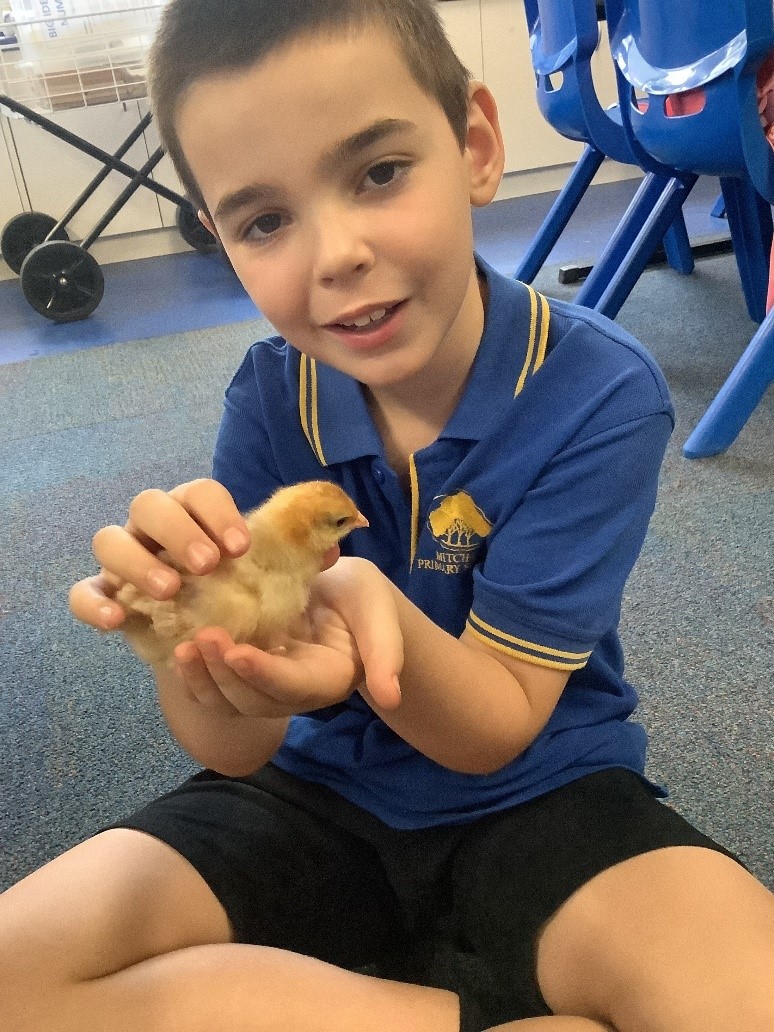 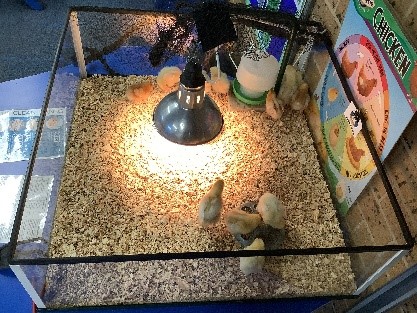 “One chick sat on another chick and pooped on its back. Another one nudged it off with its beak” – Cameron and Mara T1

“It looked like one chick was dancing, moving its head up and down” – Christian G1 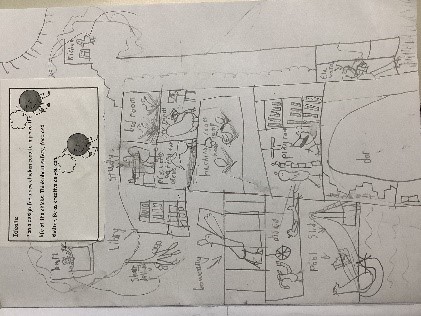 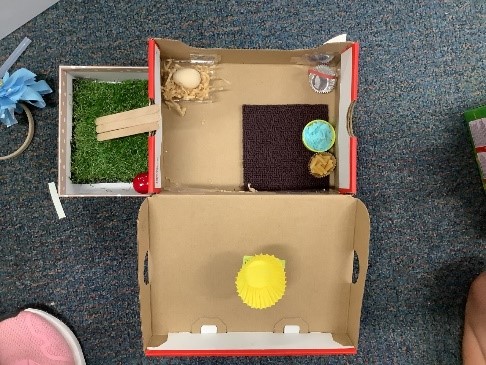 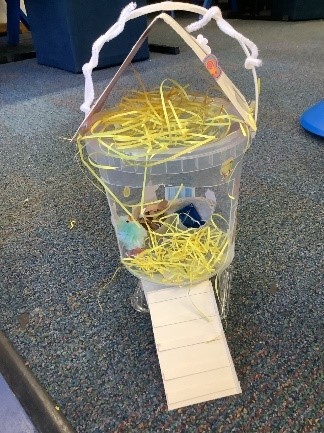