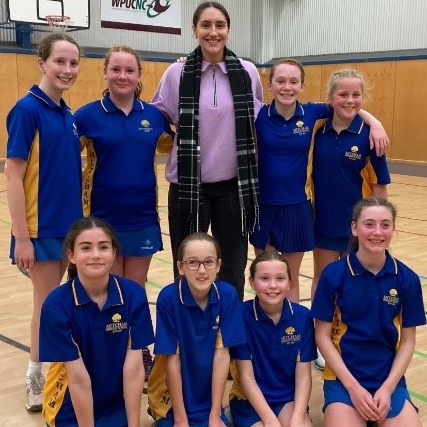 On Friday the 3rd of June, the Year 6 Sapsasa netball knock-out team played their first round of games. Our games were played at Westbourne Park Primary, with their gym and 2 outdoor courts providing a great setting for the day.

Fortunately, we were able to play all of our games indoors which allowed us to escape the wind and rain! Our first game was against Westbourne Park Primary, who were a very strong team. They provided our girls with a challenge and the quality of netball was exceptional; we narrowly lost by 1 goal. Our second game for the day was against Edwardstown Primary which was another competitive game, but saw us come away with the win. Our final match was against Colonel Light Gardens and this match allowed us to finish on a strong note with another win. Unfortunately, we do not move onto the next round of games, but the girls should be very proud of the netball they played.

Congratulations to all girls that were involved in the team on a successful and enjoyable day. Missing from the photo are 2 team members, Siena and Kaitlyn.